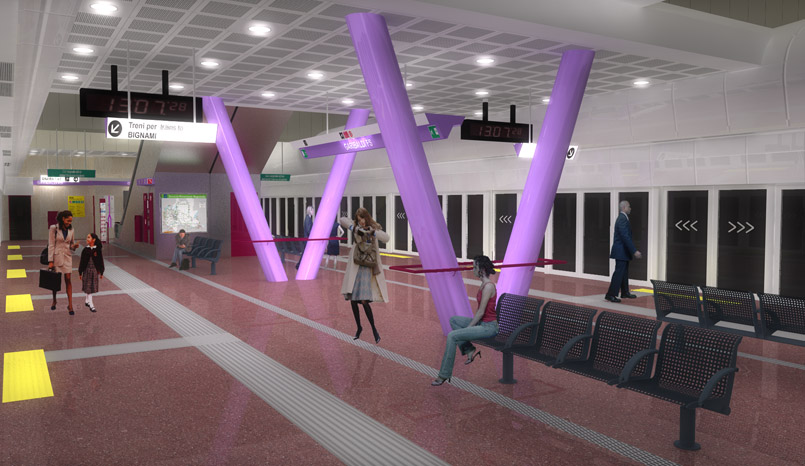 The M5 line, like the other new Underground line, M4, is of the “light” type, in other words, the trains are shorter and the stations are smaller due to its full automation with no drivers on the trains.

The stations are 50 metres long, compared to the 110 metres of the three existing lines, and have doors on the platform. Its automation enables high frequencies to be achieved (90 seconds, which can be reduced to 75). The line can transport up to 24,000 passengers an hour, reducing the travel and waiting times. MM conducted the feasibility study and the preliminary design of the entire line, as well as the final design of the Garibaldi-San Siro section. It also performed the on-site supervision function on the works carried out by Metro 5.