Due to the abundant and superficial aquifer, water has traditionally been drawn from the shallow wells (Bonvesin della Riva reports that, as early as in 1200, there were 6,000 natural water wells in the district of Milan).

In 1877, a public competition for the construction of a water supply system was held. The winning project consisted in transporting water from the source of the river Brembo to Milan, but it was abandoned and a new competition was held.
Finally, in 1887, the proposal of abstracting water from the aquifer using wells of a suitable depth prevailed. The construction of the first two experimental wells began in the Arena area in 1888.

The second pumping system was built in 1898 at the Cagnola roundabout (now Piazza Firenze) and, in 1903, the Parini station (near what is now Piazza della Repubblica) was added. The Armi station, built in 1904, is the oldest of the stations that still exist. At the end of the 1920s, when there were 17 stations with an overall pumping capacity of about 6,000 l/s, the level of the aquifer began to drop and this entailed modifying the abstraction system.

At the start of the 1960s, the discharge of untreated industrial wastewater began to have a significantly detrimental effect on the quality of the groundwater. This problem was reversed, starting from 1975, as a result of the closure of the large plants that had been the main cause of the deterioration in quality of the groundwater. In this period the raising of the level of the aquifer led to the flooding of cellars, garages and underground railway lines.

In 1988, a hundred years after the construction of the modern drinking water network, there were 34 stations with a pumping capacity of about 30,000 l/s. In the meantime, the water supply system gradually introduced purification technologies to guarantee the quality of the water and fulfil the increasingly strict obligations laid down in European legislation in terms of limits to the concentration of pollutants in water. 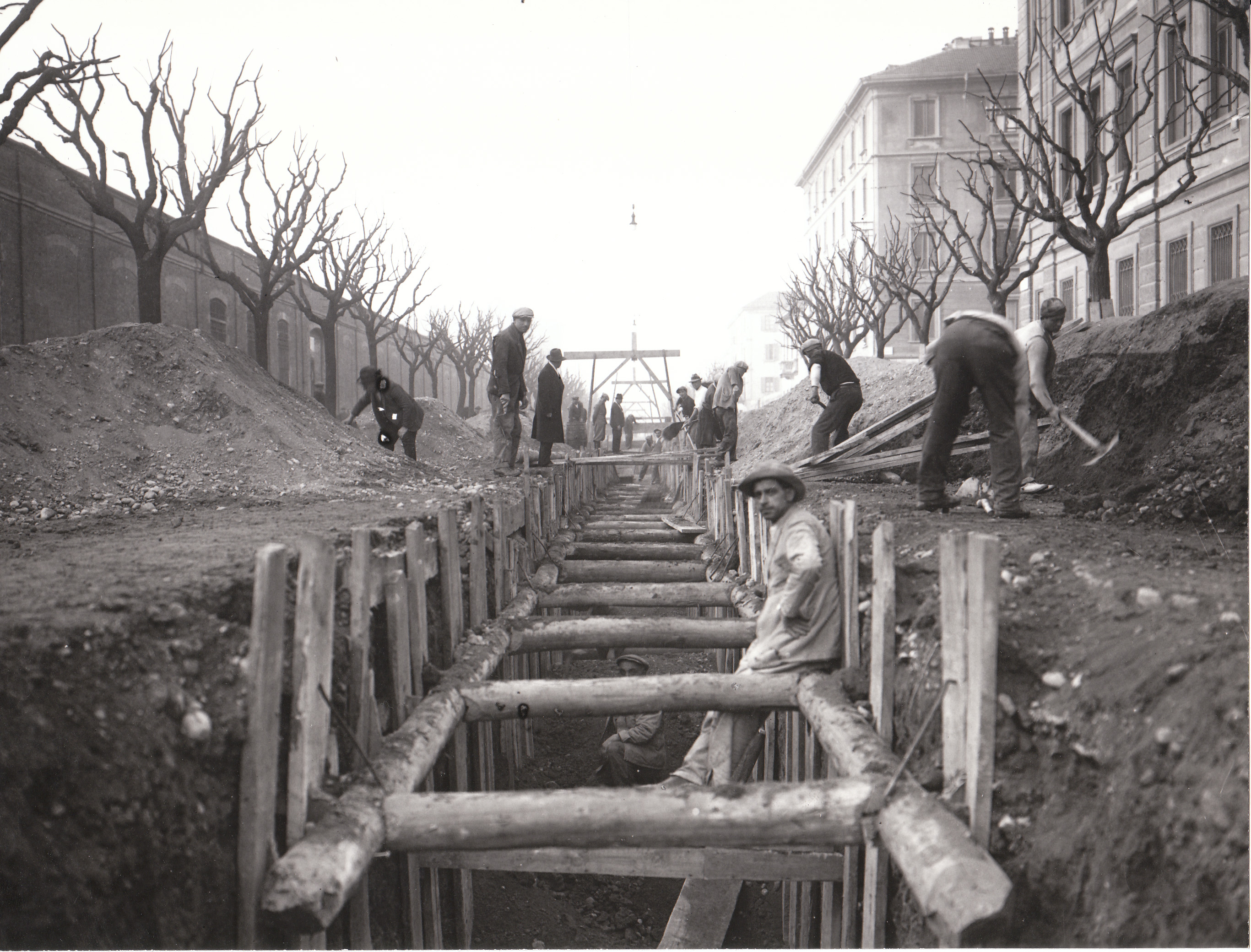 P.ta Magenta - Milan, 1934
Z7_L8GIH8C0M0H870AV539NKFI6K1
MM knows how to build a city. This has been demonstrated for more than 60 years, taking part to great works and urban services that gave shape to the City of Milan.
MM Company Profile
Contenuto complementare
${loading}