The treatment systems of Milan represent one of the main examples in the world of the reuse of wastewater for irrigation, thus reducing the quantity of drinking water used and guaranteeing an abundant supply of high-quality water for farmers in the Milan area.

The entire volume of water treated by the Nosedo and San Rocco plants – the only two plants of this size authorized on a national level – conforms to the extremely strict limits laid down by the legislation applicable to reuse for irrigation purposes (MD 185/2003), as certified by ARPA, and is used to irrigate a substantial portion of farmland with a surface area of over 100 km2 (in the area between Milan and Melegnano and from the southern area of Milan into the Province of Pavia), valorising also the historical and cultural heritage of the area (from Chiaravalle to the agricultural park of Southern Milan).
It is a practice for irrigating the rural areas outside the city, which has its roots in the past and, today, in Milan, has reached levels of excellence to the point that the municipal wastewater treatment system managed by MM has become one of the most important examples in Europe, with significant repercussions also on the quality of the local farm produce.

The two plants (Milano Nosedo and Milano San Rocco) discharge the treated water into surface water bodies. Milano Nosedo performs the treatments and, once reuse of the water for irrigation has been authorized, discharges it mainly in the Vettabbia irrigation ditch and the Redefossi canal. The Milano San Rocco treatment plant discharges mainly into the Southern Lambro river and treats the water so that it can be reused for irrigation by users only at times of peak demand (normally from May to August), discharging into the Pizzabrasa and Carlesca ditches.

The wastewater used to irrigate the rural areas outside the urban area of Milan is a particularly precious resource for agriculture, also from the circular economy viewpoint. 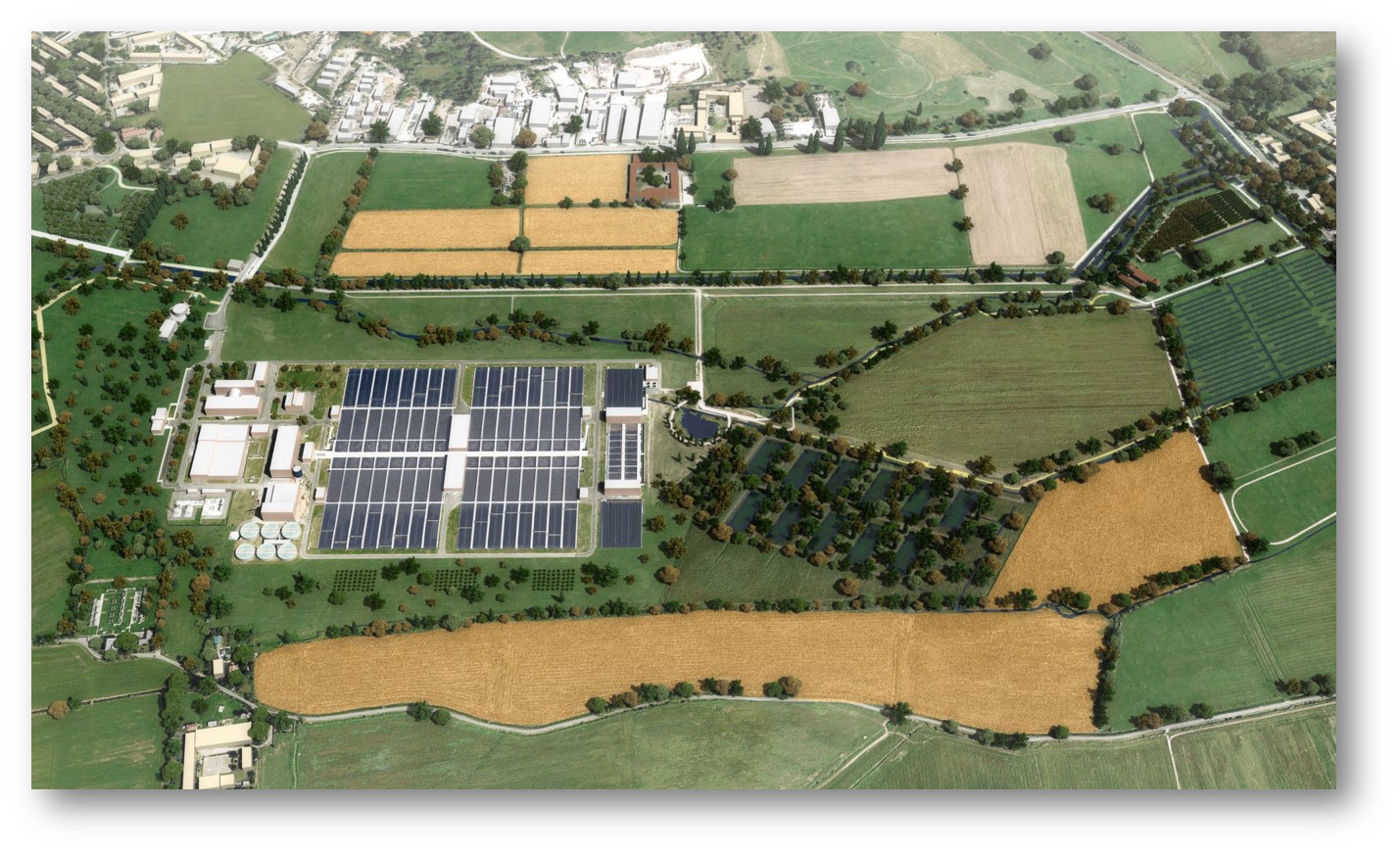 Considering that the water coming from Milan treatment plants would allow the irrigation of up to 20,000 hectares of land, estimating about  200 Euros for irrigation of one hectare of irrigated land.

MM allowed agricultural  community to save between 2 and 4 million of euros in the last year.